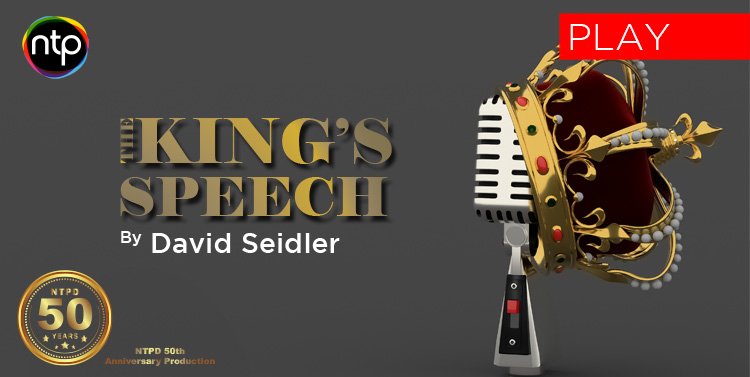 Our 50th anniversary production is the incredible and beautiful play The King's speech written by David Seidler.

The story of Prince Albert Duke of York, and our own Queen's father, who ascended to the throne when his brother abdicated to marry Wallis Simpson. "Bertie" has suffered all his life with a crippling speech impediment and he reluctantly hires the help of a maverick Australian speech therapist to cure his stammer. This is the remarkable story of their friendship at the outbreak of war.

The film was nominated for 12 academy awards and won 4 of them, as well as a host of bafta awards, and there can be no better choice in our Queen's own jubilee year. 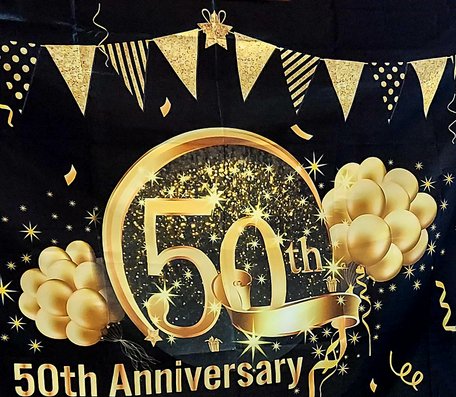 On Tuesday 7th June NTPD celebrated 50 years of drama at the Concordia Theatre with our celebration AGM. Many of the people there hadn't met up for over 2 years and so we took photographs of the night which we hope will be a nice memory, and enjoyable for those who were unable to attend. Please enjoy them and feel free to download any you wish to keep. Do have a look through our Past Productions when you have time, and email us through the website if you think you can fill any of the "gaps" with photos or write ups.

50 years is pretty special, and we all have our own precious memories of the times we've spent as a part of this society; the shows we've seen, or been a part of, and the many friends we've made along the years, some sadly no longer with us. But our Past Productions archive of beautiful photos are a reminder of those moments in time and I hope you'll enjoy re-visiting those many times.

Sincerest thanks go to each and every one of our performers, directors, stage crew, members and our audiences who have been a part of this incredible journey.

I feel honoured and privileged to be a part of a society that has presented drama in our theatre for 50 years, and long may that continue. 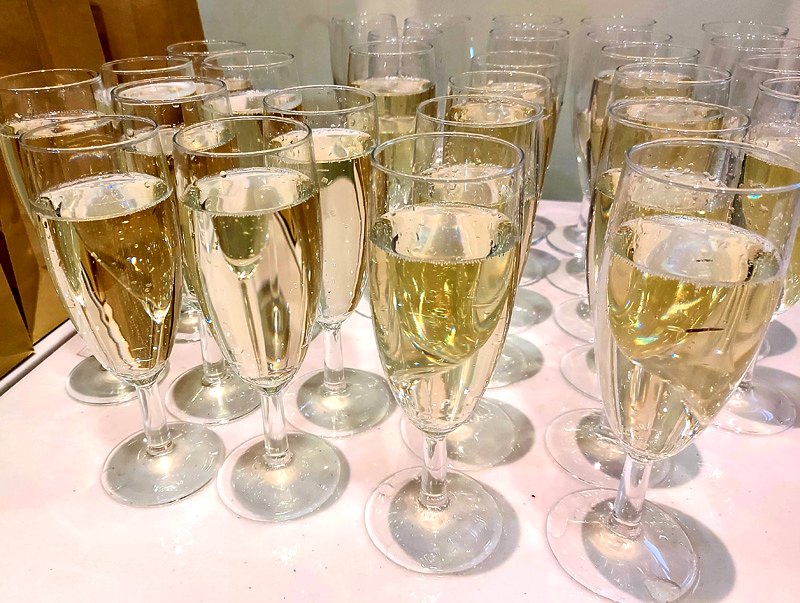 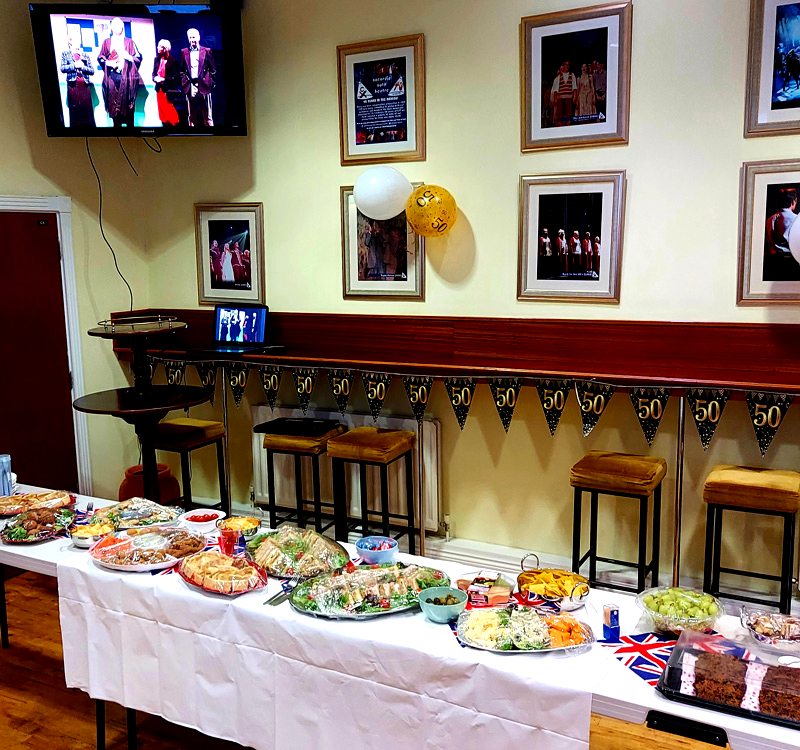 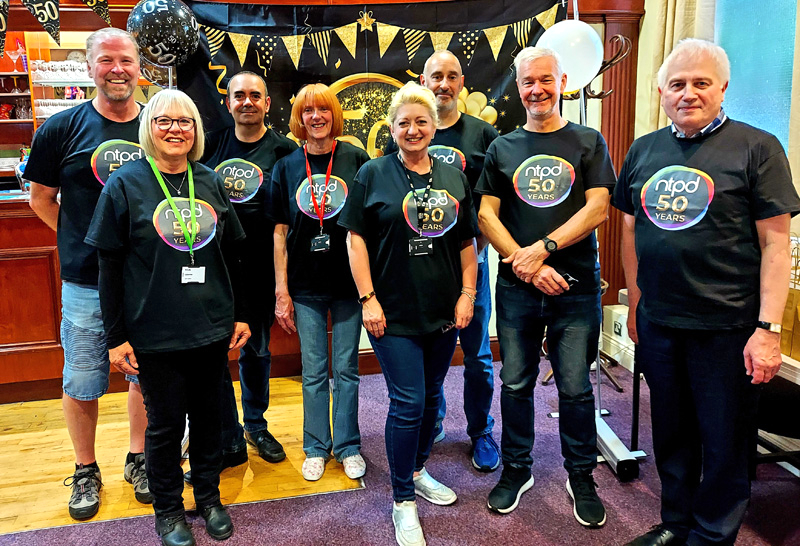 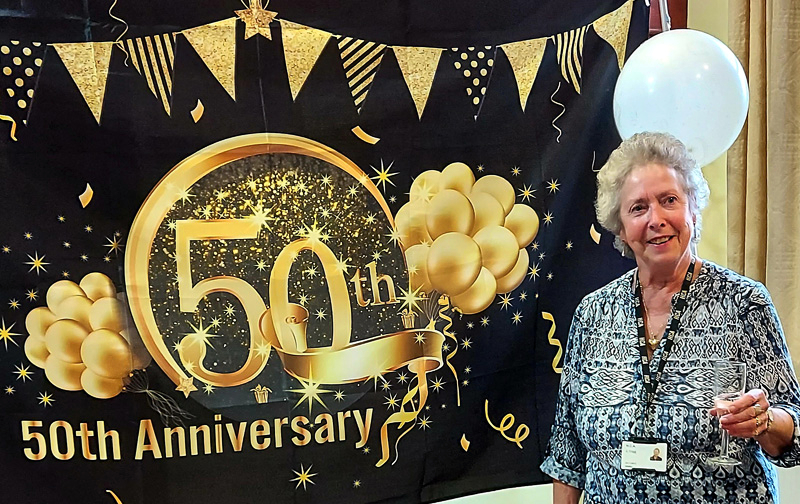 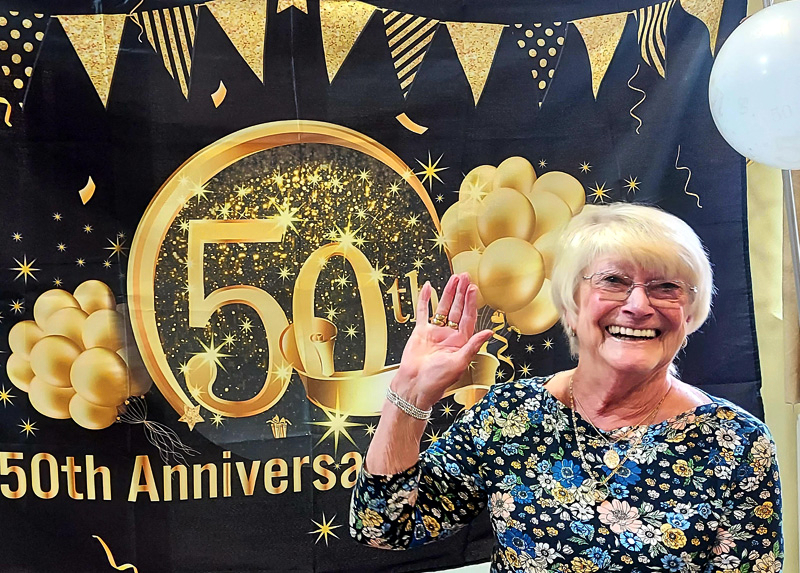 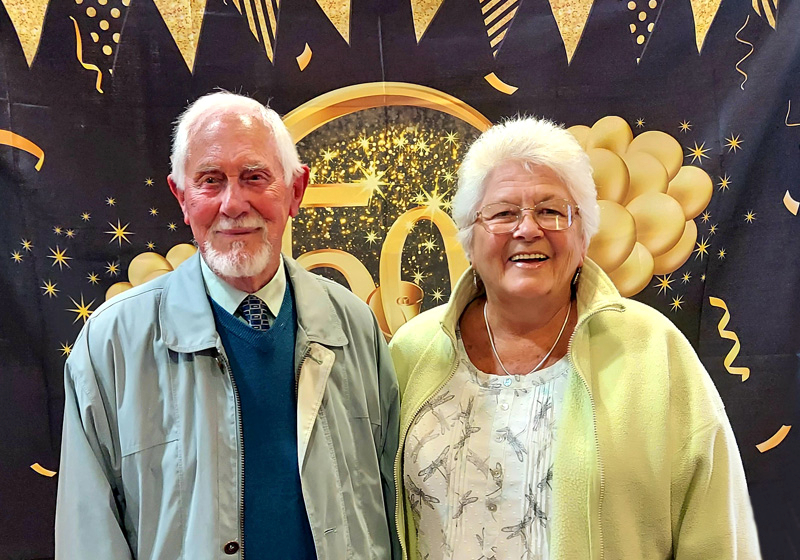 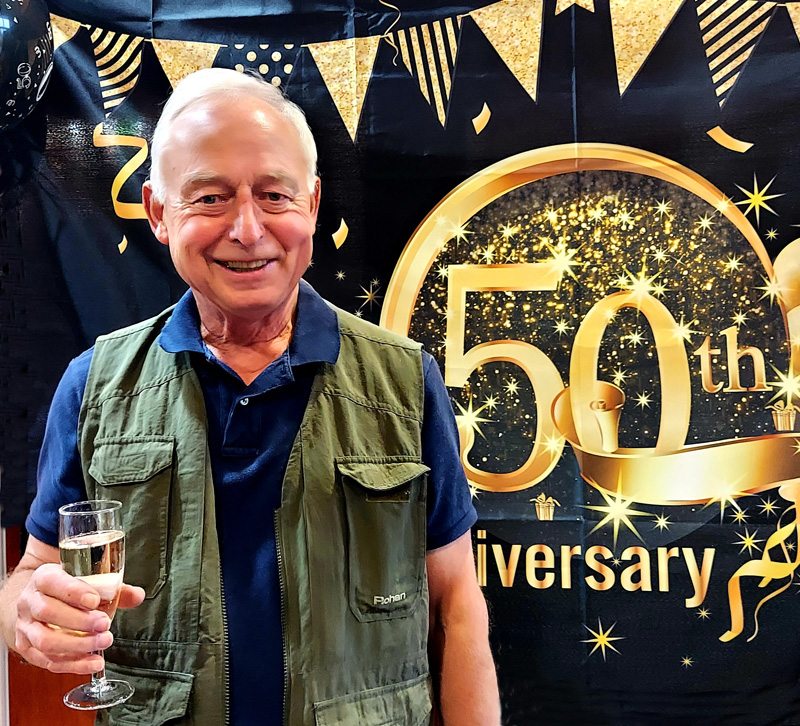 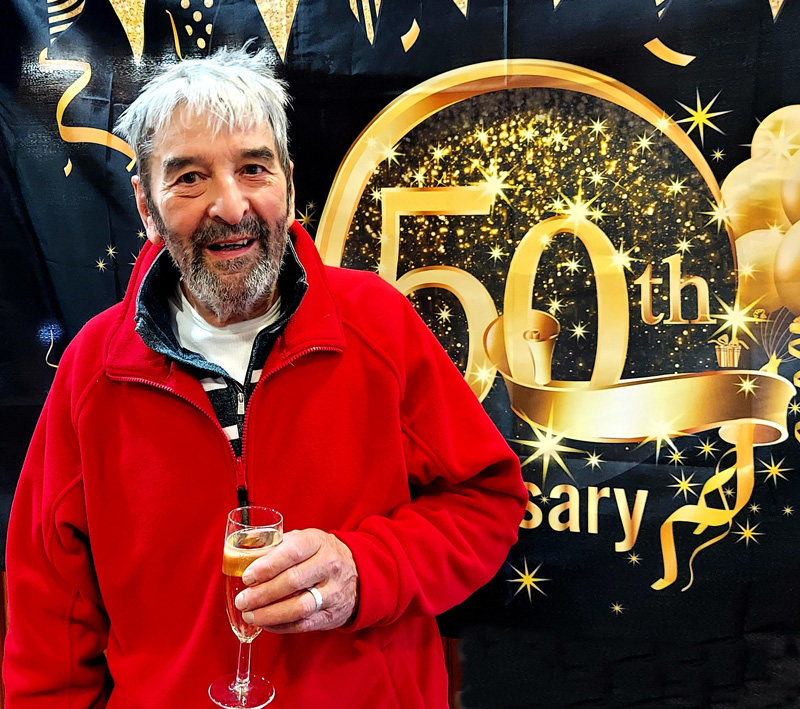 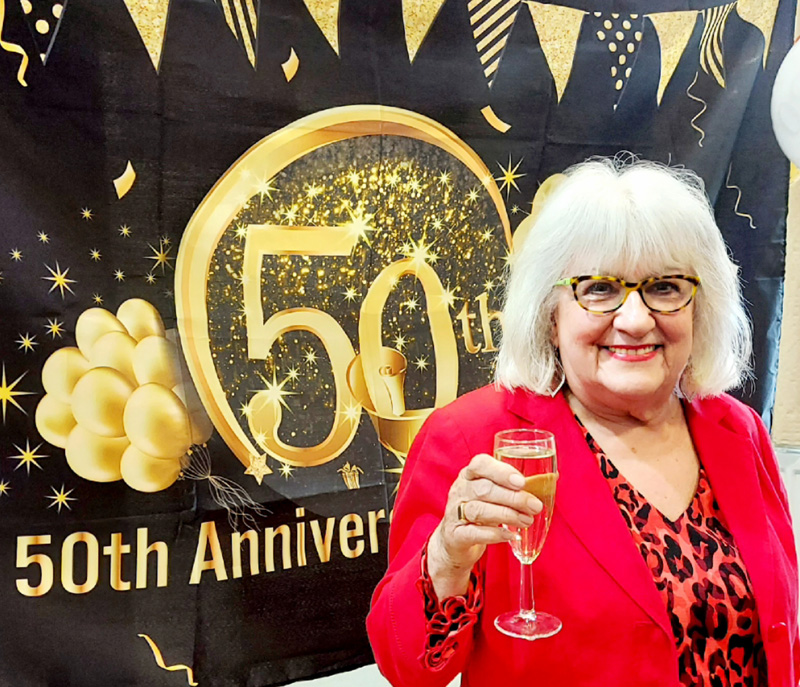 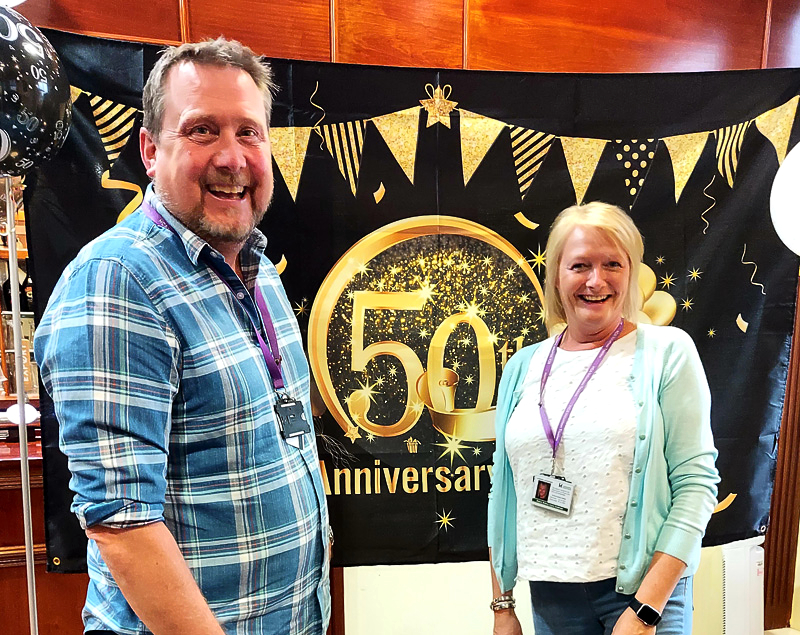 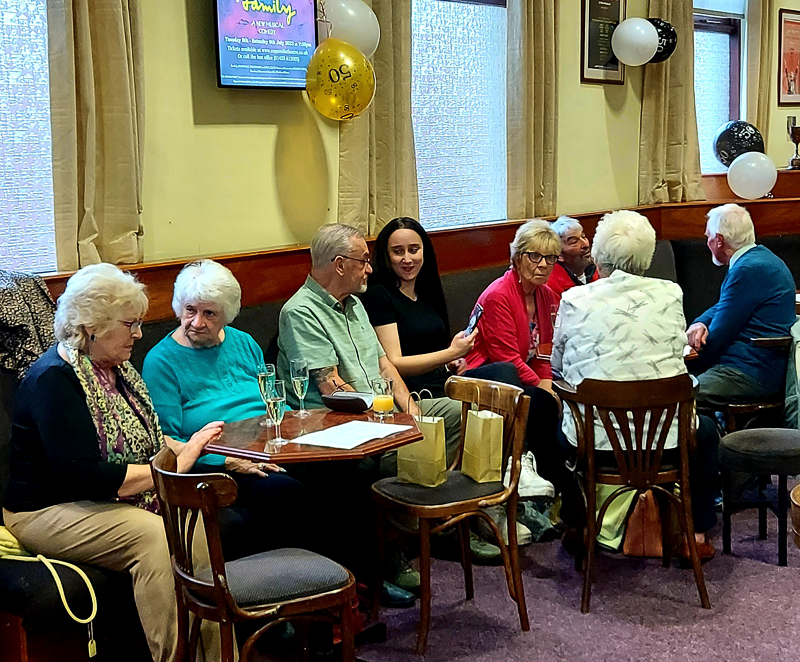 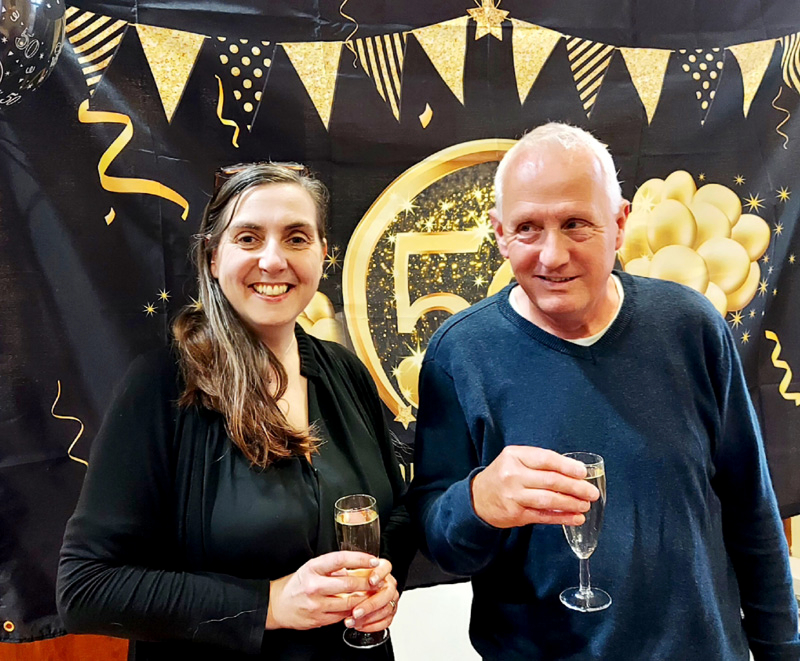 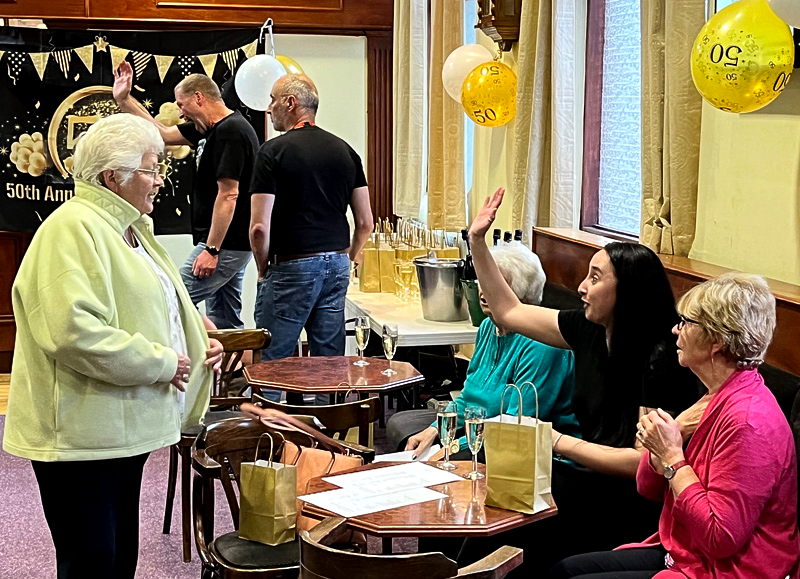 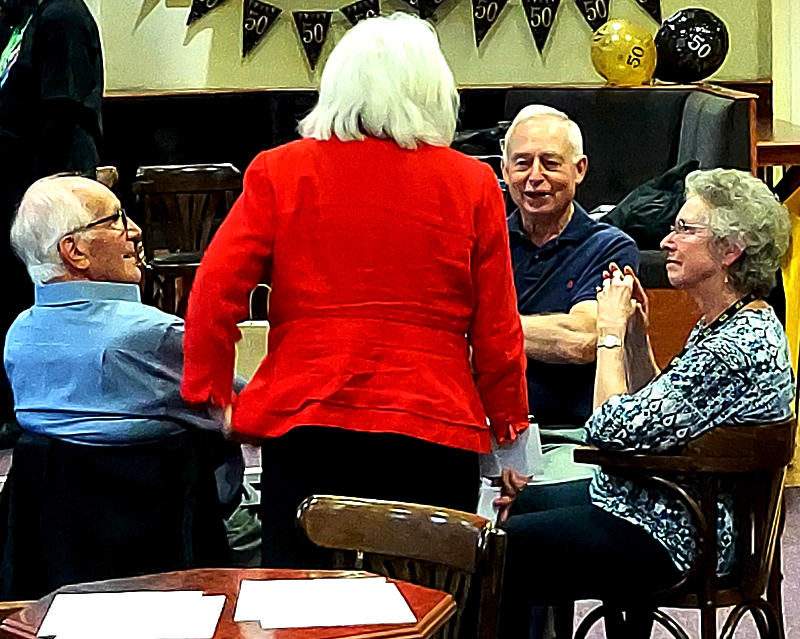 In November 2020 but for COVID there would have been our 25 years anniversary celebrations in our studio Theatre. In November 1995 after being given the go-ahead by the trustees we opened that intimate little Studio with an audience of 70 to watch Alan Bennett's "Talking Heads" directed by the well loved and missed John Gibbon.

25 years later it continues to go from strength to strength, and we now proudly have a loyal dedicated audience for our 3 Productions each year, and for many of us it truly is our second home. John continued to direct most of the Productions until he passed away in 2010, and we, his protégés, proudly, but nervously took over his legacy.

2011 saw our first "signed production" for the hard of hearing, and in 2012 we had the studio first full house standing ovation on each of the 3 performances of Blood Brothers, and started to take our productions to other venues. In November 2012 we broke the mould from the usual staging and presented Death And The Maiden as a traverse show with audiences on both sides, which we repeated again the following year with Love Letters. Since then we've gone on to incorporate video screen into productions used with great effect in emotional shows like The Guys, and in our more recent fun productions of Take Five.

In 2018 NTPD invested over £15,000 in new staging and lighting to enhance the audience experience. It also had a lot to do with the fact that 25 years on we we're getting a bit too old to lug around the heavy stages, but it has allowed us to be more experimental with new designs and layouts. We've also invested in new LED lights, (which are certainly cooler in that small space) and new technology to make our audience experience that much better, all under the guiding hand of our dedicated lighting and sound genius Curtis Knight.

Over 25 years on Stockwell Head we've electrocuted people, painted them green, vomited on stage, and scattered rose petals throughout the audience. We've been rude, lewd, manic, dramatic and romantic all in the name of that wonderful hobby of ours that we live and breathe for.

It saddens me that we won't be performing on this special weekend, but I want to say a huge thanks to the countless directors, actors and actresses, some sadly no longer with us, who've been a part of this journey. Also to the people who turn up on a Friday afternoon or who linger a little longer on a Sunday evening to help set up or strip out. Finally heartfelt thanks to our audiences, we've laughed a lot, and shed many tears together in that beautiful intimate space.

We will be back when it's safe to dust the cobwebs off the curtains, to see your smiling faces and share a theatrical hug.. which may just be a little longer and tighter than before.

We hope you’ll enjoy the video in fond memory and eternal thanks to John Gibbon.

DATE FOR YOUR DIARY

Please keep an eye out on our website for further updates or subscribe to our newsletter which we will issue once we have some news about our next productions.

Please use this form to contact us with any general enquiries about the group, our productions or how you can get invoved.